The therapeutic specialists at 360 Balance & Dizziness are experts at working one-on-one with patients like you.

Bridgett Wallace has a Doctorate of Physical Therapy and holds competency-based certifications in vestibular rehabilitation and concussion management. She is the founder of 360 Balance & Dizziness and co-founder of 360 Neuro Health Institute. Bridgett is a member of the American Physical Therapy Association and the Vestibular Disorders Association.

In addition to treating patients, Bridgett consults and lectures both nationwide and internationally in concussion management and vestibular disorders. She has provided consulting services to The University of Texas Athletics since 1998 and MLB Umpire Medical Services since 2011. Bridgett co-authored two patents for vestibular disorders and developed an iPhone app, PLAY IT SAFE®, which was designed for sideline-concussion assessment. She has been published in the Eye & Brain Journal and has contributed to chapters in Therapeutic Exercise and Lifespan Neurorehabilitation – both textbooks used in therapy schools. Bridgett was awarded the Health Care Heroes Award by the Austin Business Journal in 2011 and Distinguished Alumni Award by Texas State University Physical Therapy Department in 2013.

Bridgett is a proud graduate of Texas Tech University, Texas State University, and Hardin-Simmons University. She is a 4th generation Texan from Wheeler, TX. Bridgett values time with family and friends. She loves the outdoors, especially outdoor cooking, camping, the water, and hitting the open road on her motorcycle. 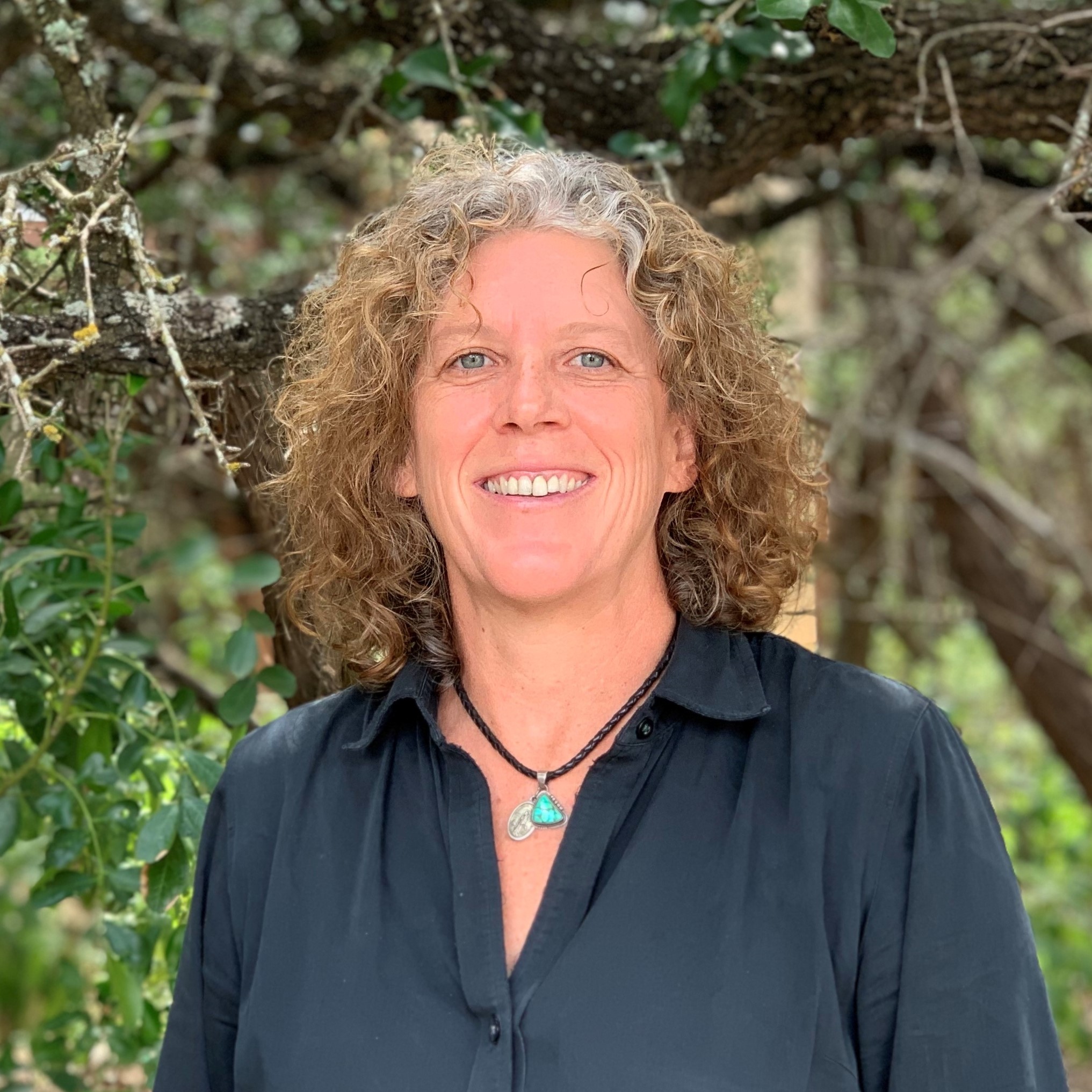 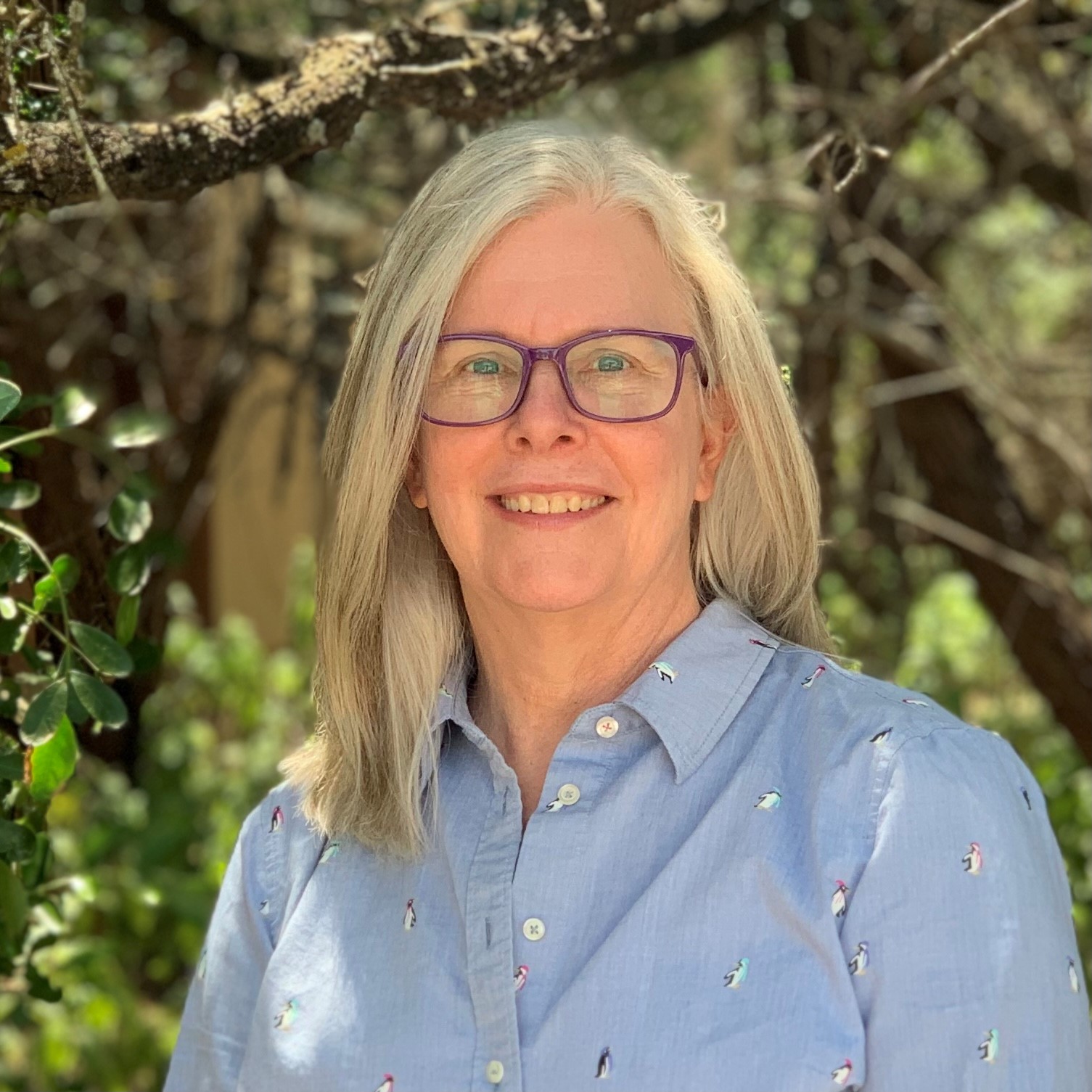 Lisa Becker is a licensed physical therapist assistant. She has been at 360 Balance & Dizziness since 2014. She also serves as a regular guest lecturer on vestibular interventions for the Austin Community College Physical Therapist Assistant program.

Lisa is a graduate of Texas A&M University where she received her Bachelor of Science degree in Psychology. She earned her PTA degree from Austin Community College.

Prior to becoming a therapist, Lisa was a technical writer and editor, administrative assistant, and a stay-at-home mom. She was born in Venezuela and grew up throughout the southern U.S. but considers herself a Texan.

Gwen Cariker has a Doctorate in Physical Therapy and is also a Board Certified Neurologic Clinical Specialist. She completed all of her education here in Texas, first earning her BS in Kinesiology at Texas Christian University and then her doctorate at Texas State.

In addition to working with vestibular patients, Gwen also teaches vestibular physical therapy at Texas State University in Round Rock. Before working with 360 Balance, Gwen gained experience in both inpatient and outpatient hospital settings. She was especially interested in working with patients who had sustained spinal cord injuries.

When not in the clinic, Gwen enjoys challenging herself (and her vestibular system) by practicing her aerial skills on both slings and silks. 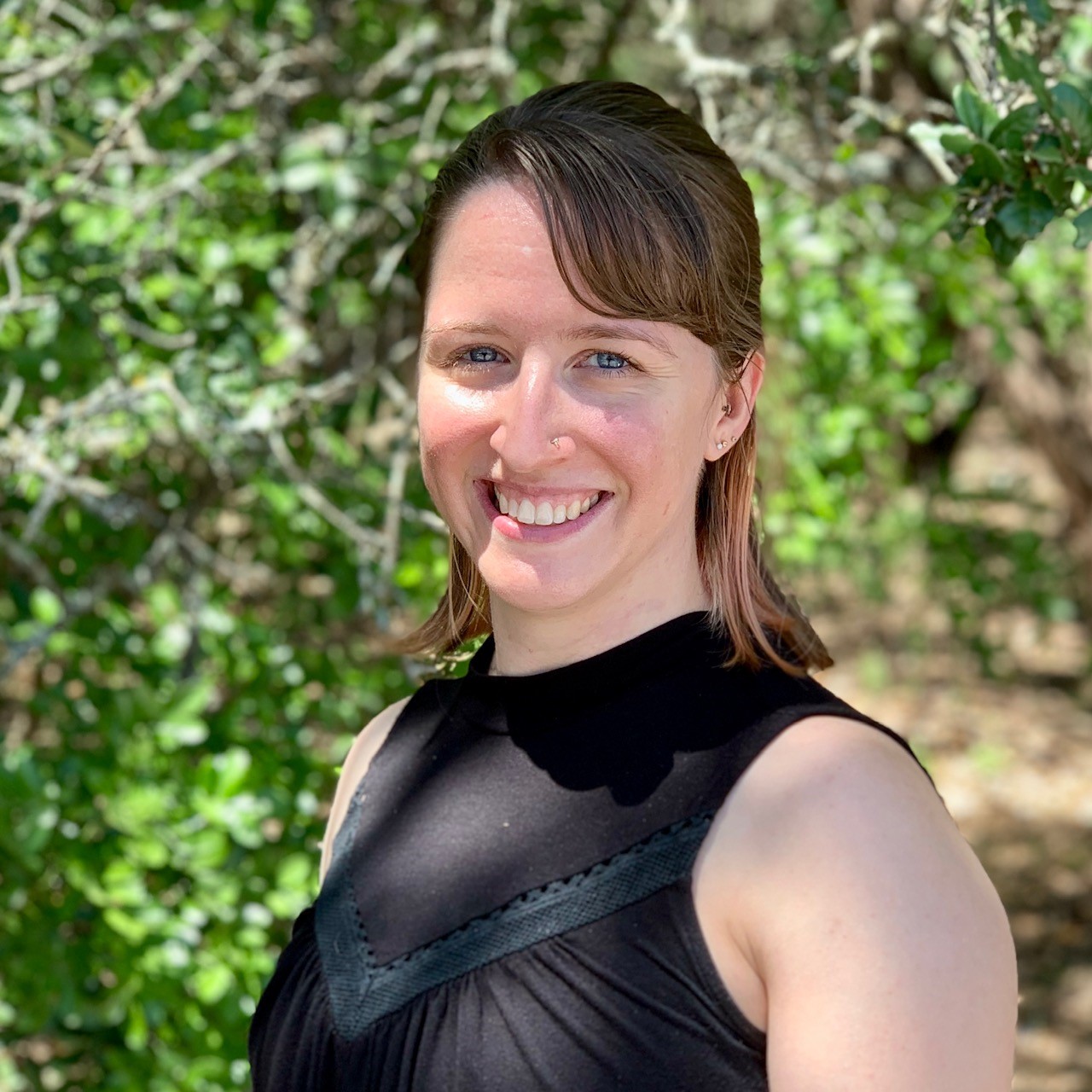 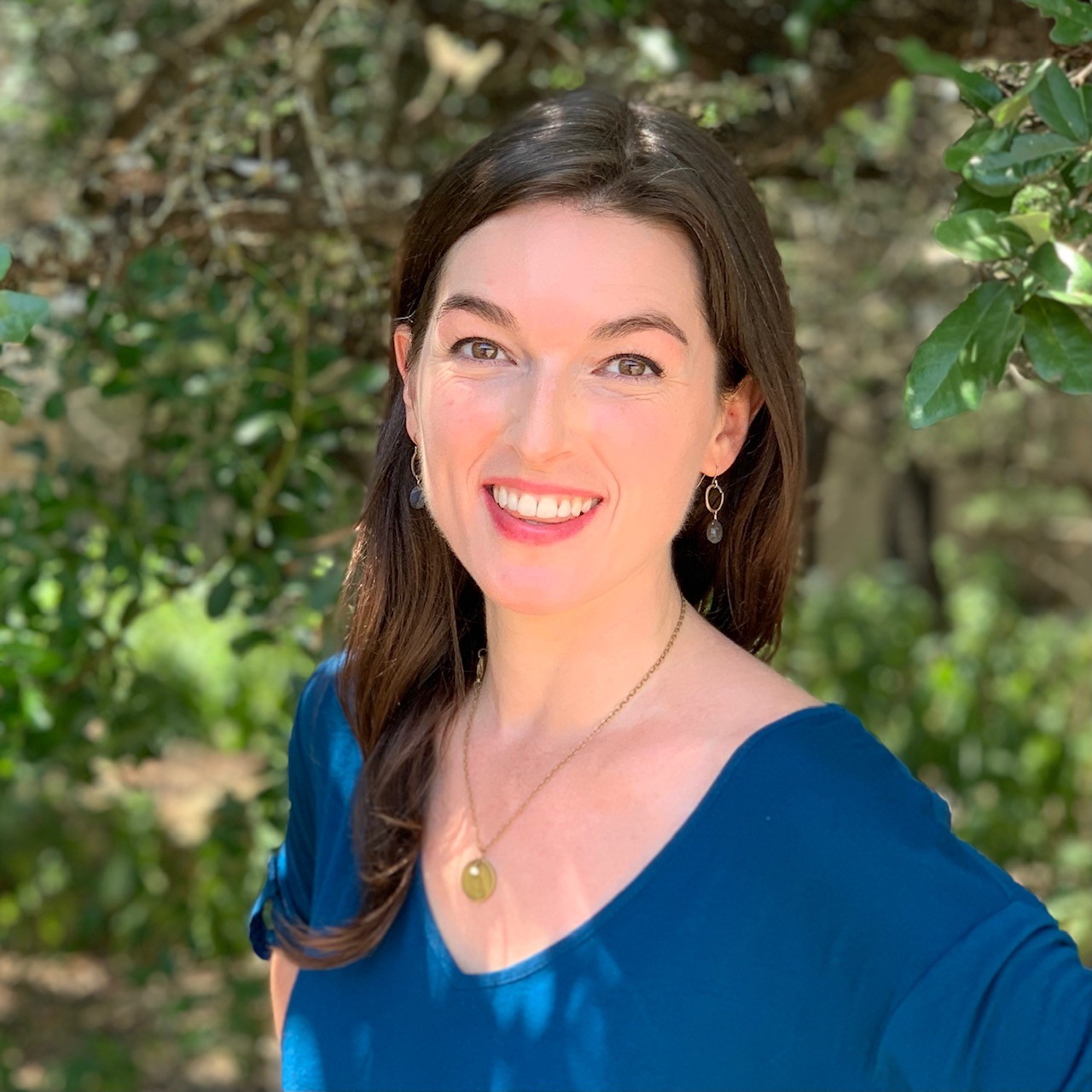 Charlotte Howell is a licensed physical therapist assistant. She was inspired to pursue vestibular therapy when she had the opportunity to spend one of her clinical rotations in school with the 360 Balance & Dizziness team. Her interest in the field has only grown deeper since she officially joined the team!

Originally from Massachusetts, Charlotte earned her PTA degree at Austin Community College. She also holds a Bachelor’s degree in Pre-Physical Therapy from Ohio University. Charlotte has experience working in inpatient rehab, geriatric, and outpatient ortho clinic settings. Prior to becoming a therapist, Charlotte lived and worked in McMurdo Station, Antarctica.

Charlotte enjoys traveling around the world, painting, going for long walks with her dog Harvey, and finding fun new restaurants around town with friends.

Justin Martin has a Doctorate in Physical Therapy and is currently working towards completing his CCVR. He earned his bachelor’s here in Austin at the University of Texas and went on to complete his DPT at Texas Woman’s University in Houston.

Prior to joining the 360 Balance & Dizziness team, Justin gained experience in outpatient orthopedics, inpatient ortho and neuro rehab, and wound care clinic settings. Through his experiences, he found that he is especially passionate about treating vestibular and pain disorders. Between undergraduate and PT school, Justin took time to travel around Europe and Asia!

Born and raised in Austin, Justin loves practicing PT in his hometown. When not on the job, he enjoys backpacking, golfing, and gardening. 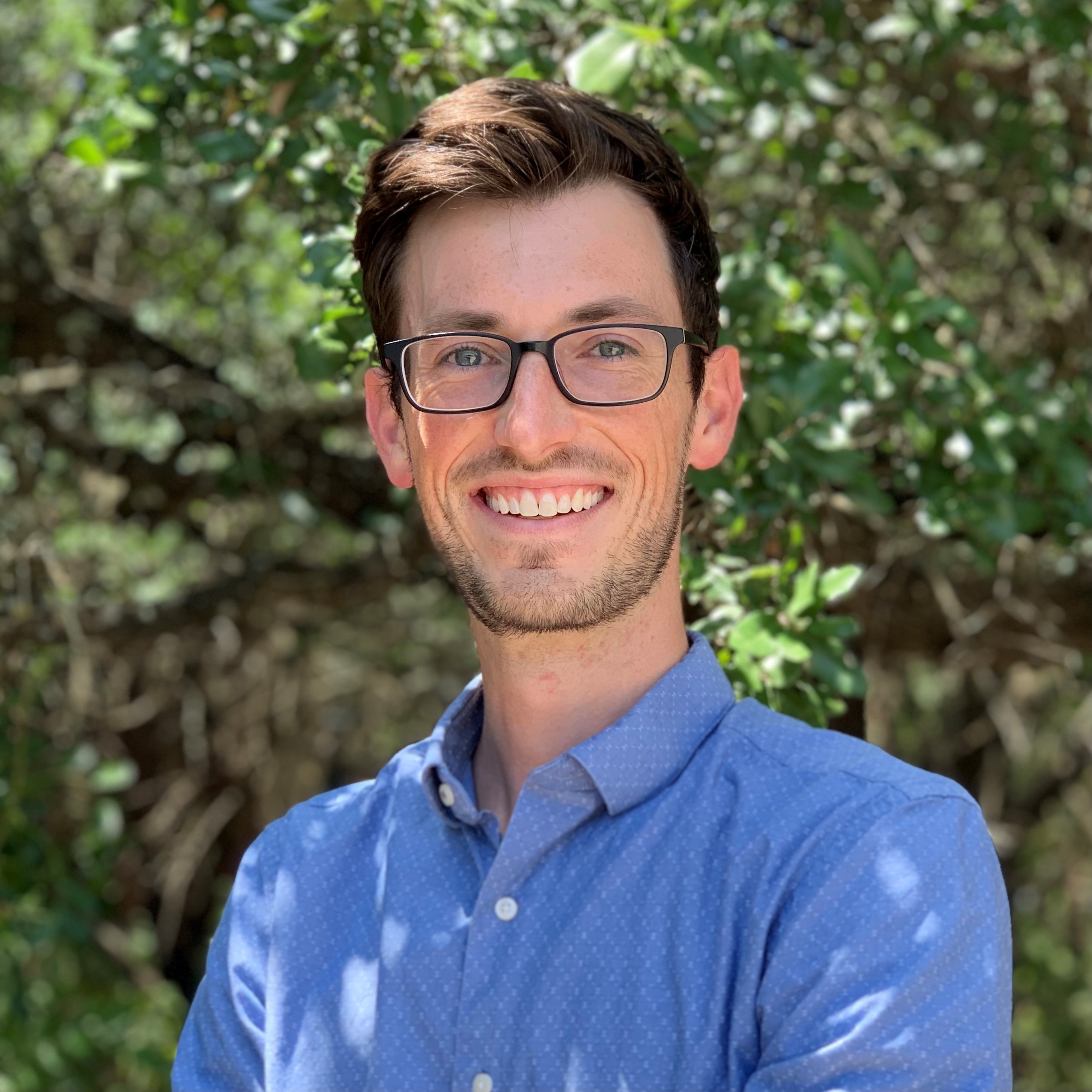 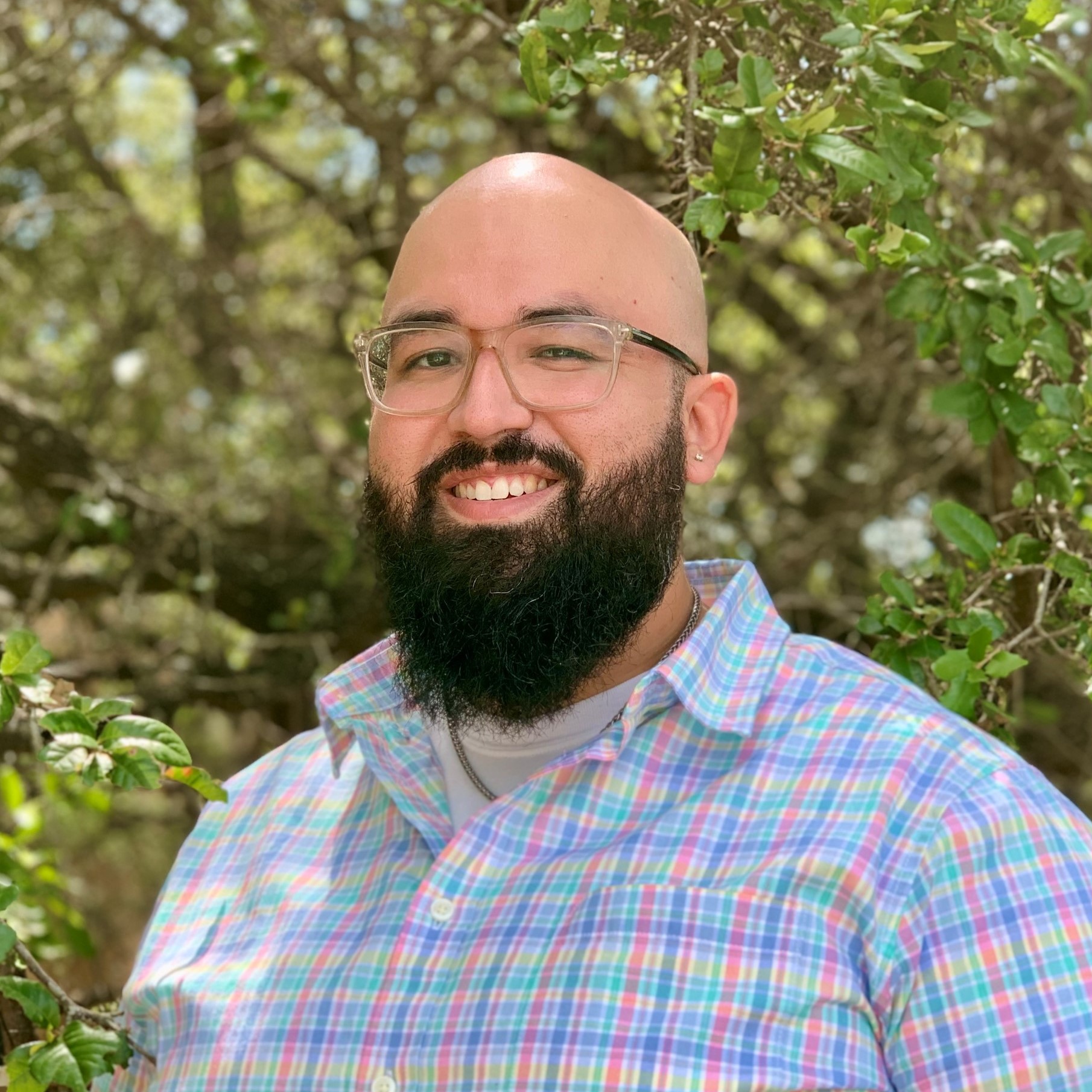 Carlos Montoya has a Doctorate in Physical Therapy as well as certifications in LSVT BIG and PWR! (Parkinson’s Wellness Recovery). He earned his bachelor’s at Texas Tech and went on to complete his DPT at University of St. Augustine, where he is currently adjunct faculty in their Neuromuscular program.

Carlos has gained experience in several fields of physical therapy including working with stroke and spinal cord injury populations. He specialized in locomotor training for spinal cord injury recovery. Carlos values his background with neuro patients and still volunteers with the Lone Star Paralysis Foundation.

During his free time, Carlos cycling, playing flag football with the ATXGFL, and travelling. When at home he gets to spend time with his beloved dog, Kylo.

Karen Recendez has a Doctorate in Physical Therapy and holds a competency-based certification in vestibular therapy. She is also a PORi-Certified Cancer Exercise Rehabilitation Therapist.

Karen earned her Physical Therapy Doctorate from Texas State University. She first became interested in vestibular physical therapy during a clinical rotation while in graduate school. Prior to working at 360 Balance & Dizziness, Karen worked in inpatient rehab and acute care rehab settings. She is also fluent in Spanish and completed a study-abroad program in Costa Rica for medical Spanish during school.

Karen keeps active in her spare time with friends and family. During the week you’ll find her at the gym in HIIT classes, Zumba, and indoor cycling. On the weekends she likes hiking in Texas State Parks. 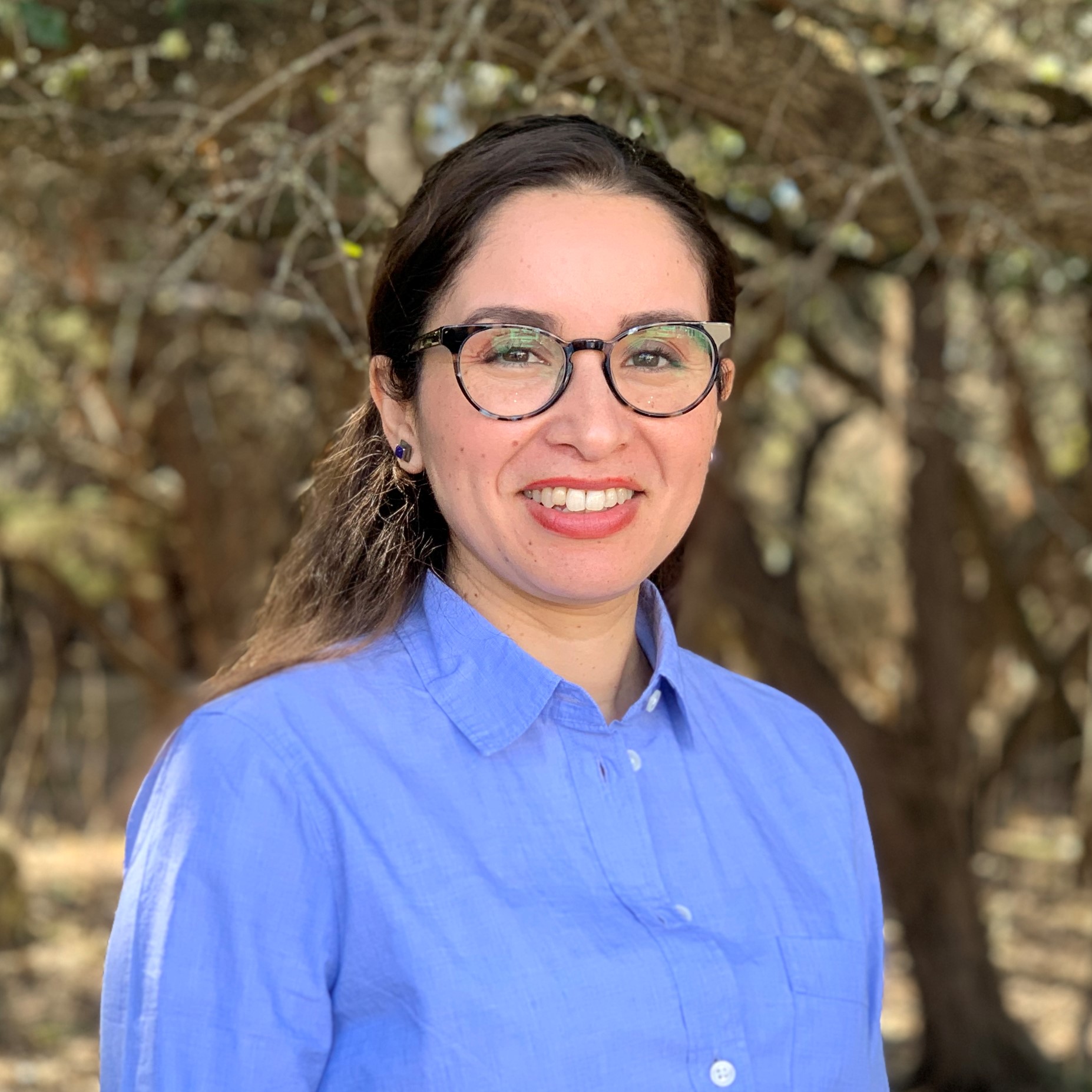 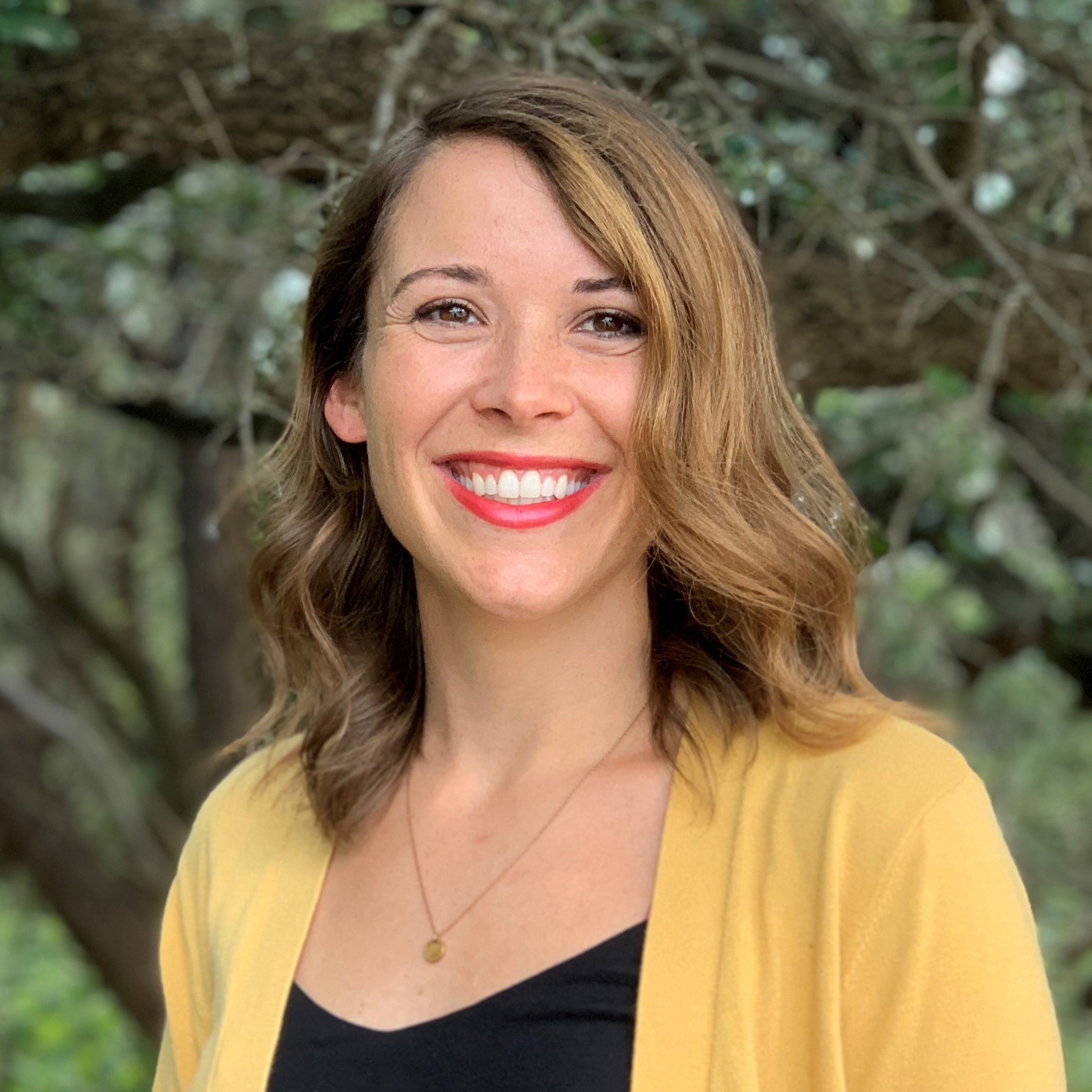 Kendal Reddell has a Doctorate in Physical Therapy and is an American Physical Therapy Association Board Certified Clinical Neurologic Specialist. She also holds a Certificate of Competency in the evaluation and treatment of vestibular disorders from Emory University. Kendal is a Parkinson’s Wellness Recovery (PWR!) certified therapist, as well as a Certified Brain Injury Specialist.

Originally from Stephenville, TX, Kendal earned her bachelor’s degree from Tarleton State University where she competed in NCAA Women’s Basketball. She went on to receive her Doctorate in Physical Therapy from the University of Texas Southwestern Medical School in 2010. Prior to joining the 360 Balance & Dizziness team, Kendal worked in a variety of settings specializing in brain injury, stroke, Parkinson’s Disease, and vestibular disorders.

Meet our Audiology and Nursing Team! 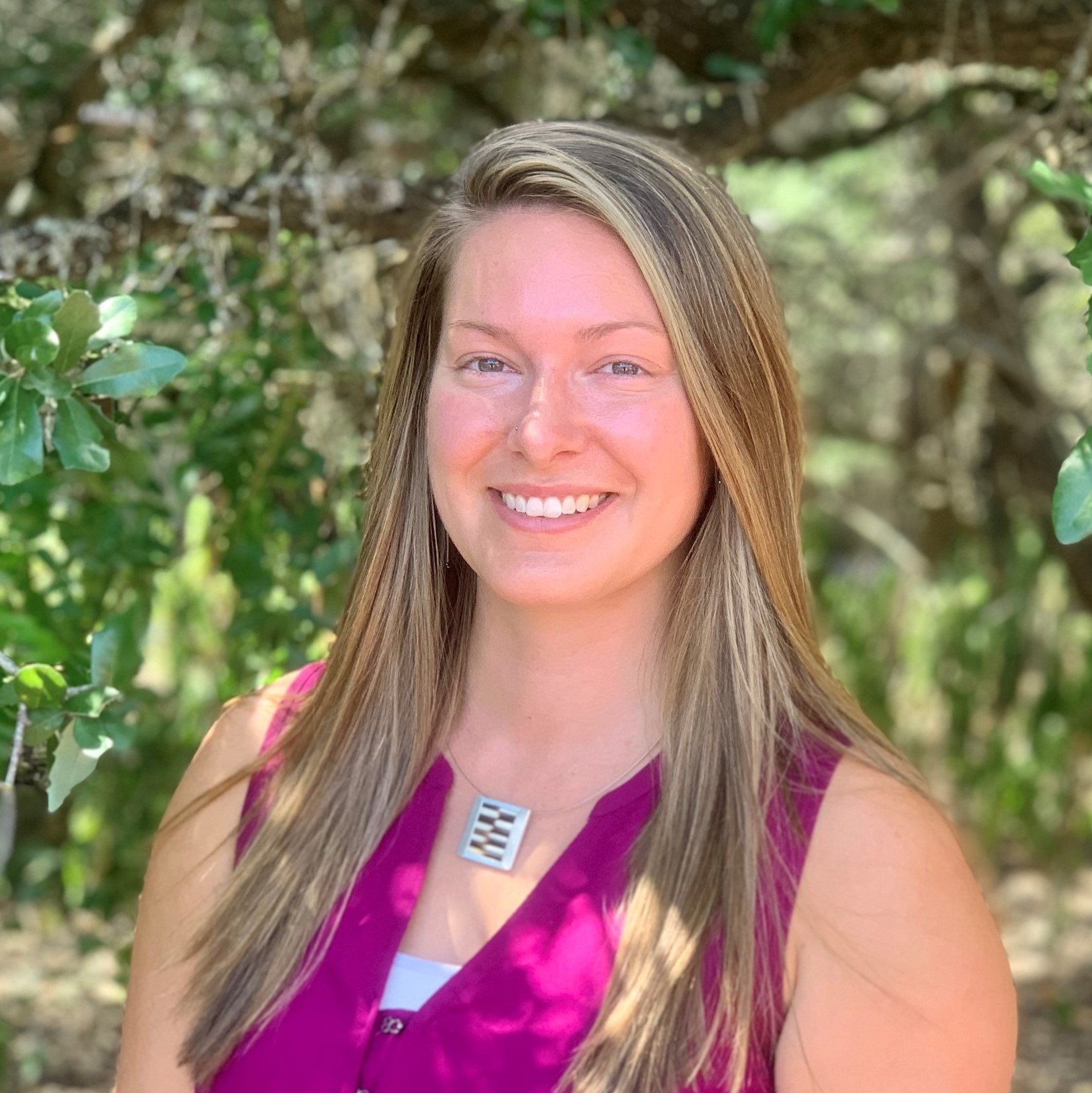 Katherine Beckwith is a licensed audiologist and a Fellow of the American Academy of Audiology. She also holds a Certificate of Clinical Competence in Audiology from the American Speech-Language-Hearing Association.

Originally from Durham, NC, Katherine earned her Bachelor of Science in Communication Disorders at Appalachian State University and became a Doctor of Audiology at East Tennessee State University. She has experience in the specialties of Vestibular Audiology, Humanitarian Audiology, and Veteran’s Services. Before joining the 360 Balance & Dizziness team, she was a full-time traveling/mobile audiologist – at one time she was licensed in 8 states!

Katherine likes to stay active in her spare time, especially by doing aerial arts, traveling, and enjoying outdoor activities with her dog, Jackson.

Chele Frizell is a licensed registered nurse and she serves as Practice Manager and Patient Care Coordinator. She also performs vestibular diagnostic testing in collaboration with the audiologist, conducts patient intake, and helps facilitate patient resources. Chele is a professional member of the Vestibular Disorders Association.

Chele is the proud graduate of Tennessee State University in Nashville. Prior to joining the 360 Balance & Dizziness team in 2011, Chele gained experience as a nurse in many different areas of medicine including the emergency department, orthopedics, and OB-GYN.

Chele is also a musician and plays several instruments, sings, and writes music. She loves the outdoors, camping, scuba diving, and anything related to water or music. 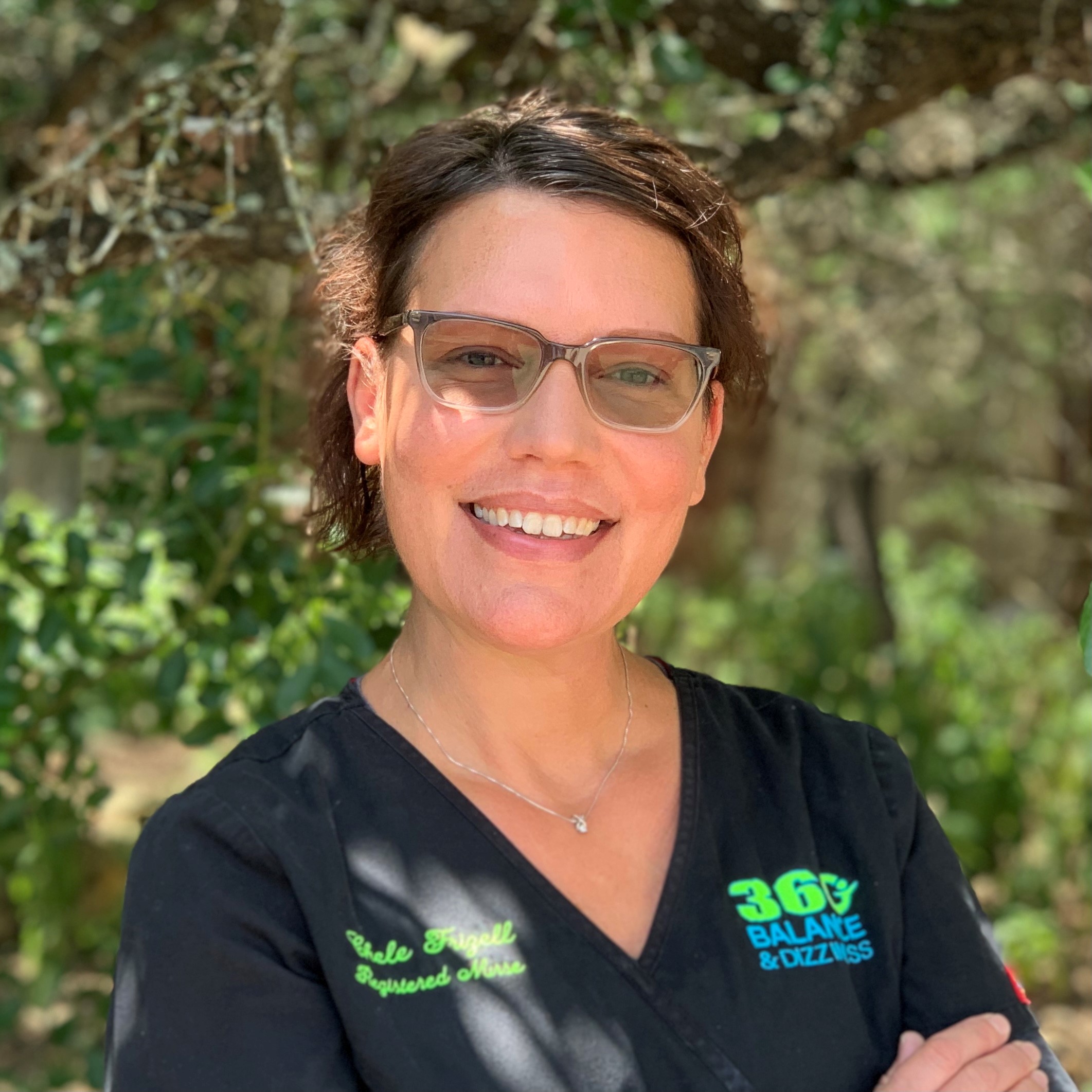 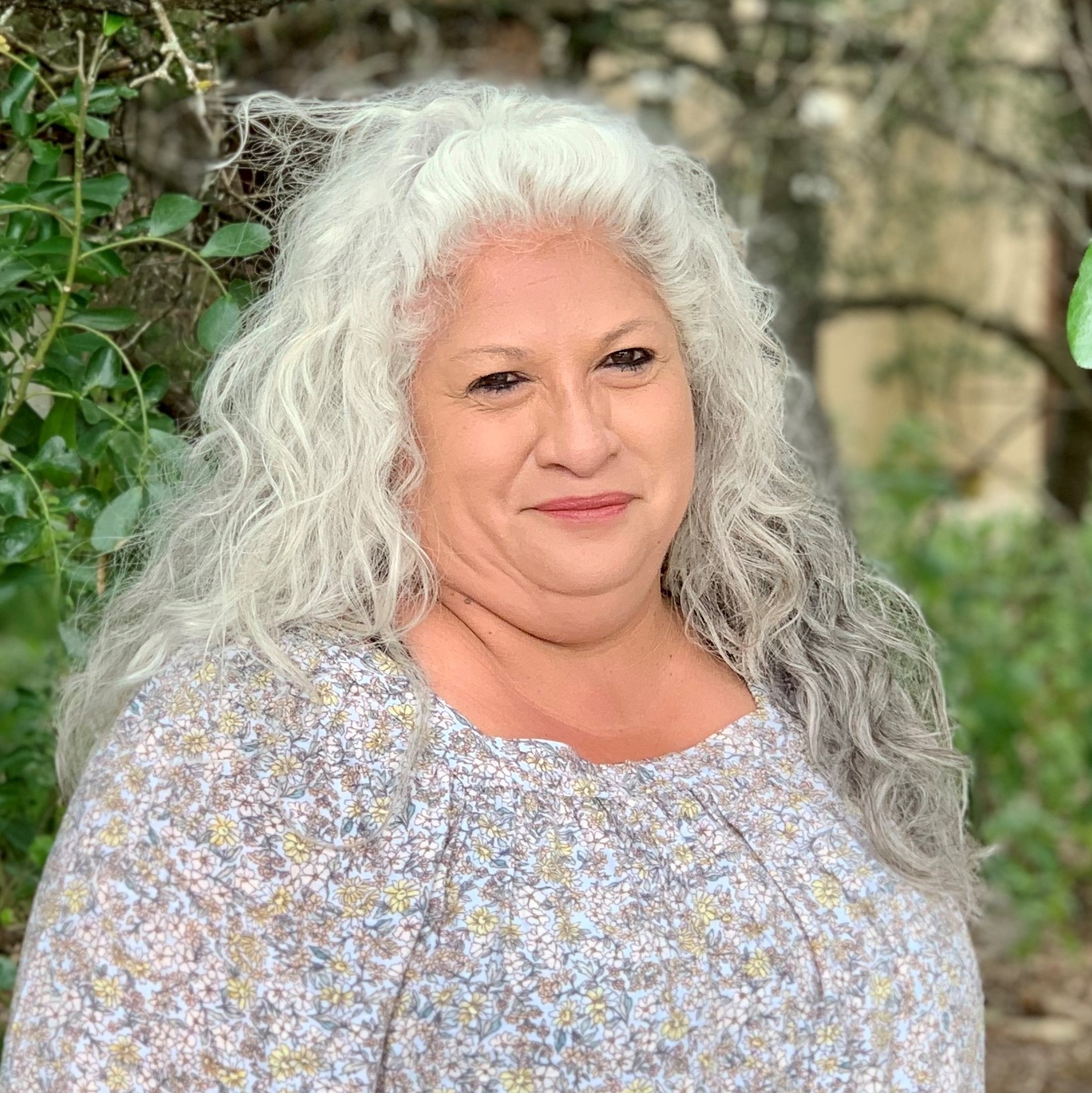 Anna Rodriguez is the front office manager. She assists patients with scheduling and can help answer questions about insurance and patient experience. Anna makes sure that the clinic runs smoothly and efficiently.

Anna was born and raised in Austin, TX. Prior to joining the 360 Balance & Dizziness team in 2009, Anna worked at St. David’s Medical Center for 18 years. She first worked in the PT field as a Physical Therapy Technician in inpatient rehab, outpatient rehab, and aquatic settings. While at St. David’s she also gained experience as a CNA and a rehab scheduler.

Anna enjoys spending time with her husband and two daughters. She loves finding new restaurants and on the weekends she and her family often go camping.

Melissa is the scheduling care coordinator. She is often the voice you’ll hear when calling in to schedule, reschedule, or cancel an appointment. She’ll make sure that your scheduled appointments are up to date and timely.

A Massachusetts native, Melissa is a recent transplant to Austin from North Carolina. She knows the ins and outs of patient care, having already gained experience in a trauma center as well as urgent care and primary care settings.  She originally became interested in working in the healthcare field because she wanted a more hands-on approach to health care after working as a refugee wellness advocate.

Melissa is currently working towards pursuing a career as a PA (though we hope to inspire her to change to a PT track!). During her free time she enjoys hiking and camping with her husband, guiding mounted trail rides, and honing her photography skills. 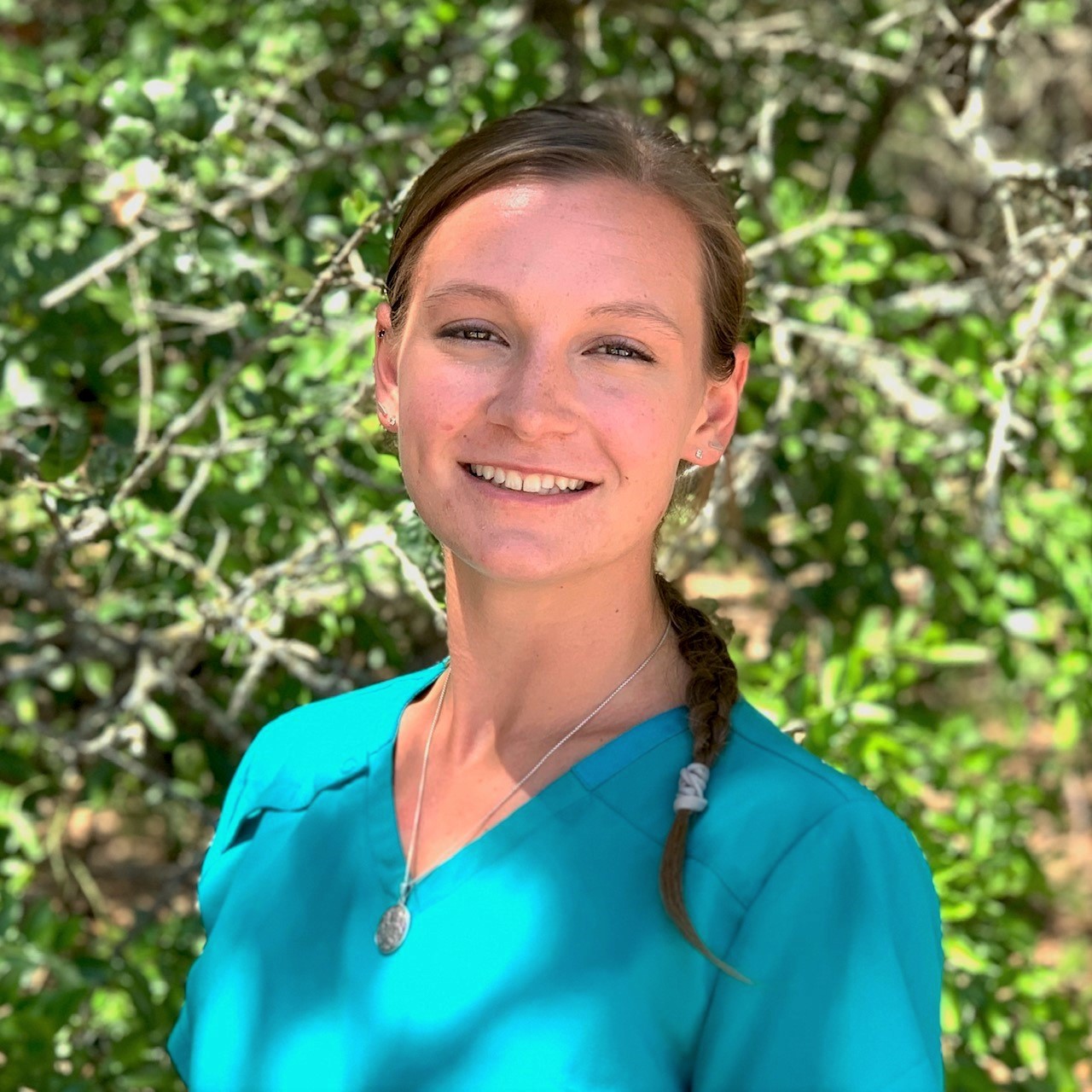 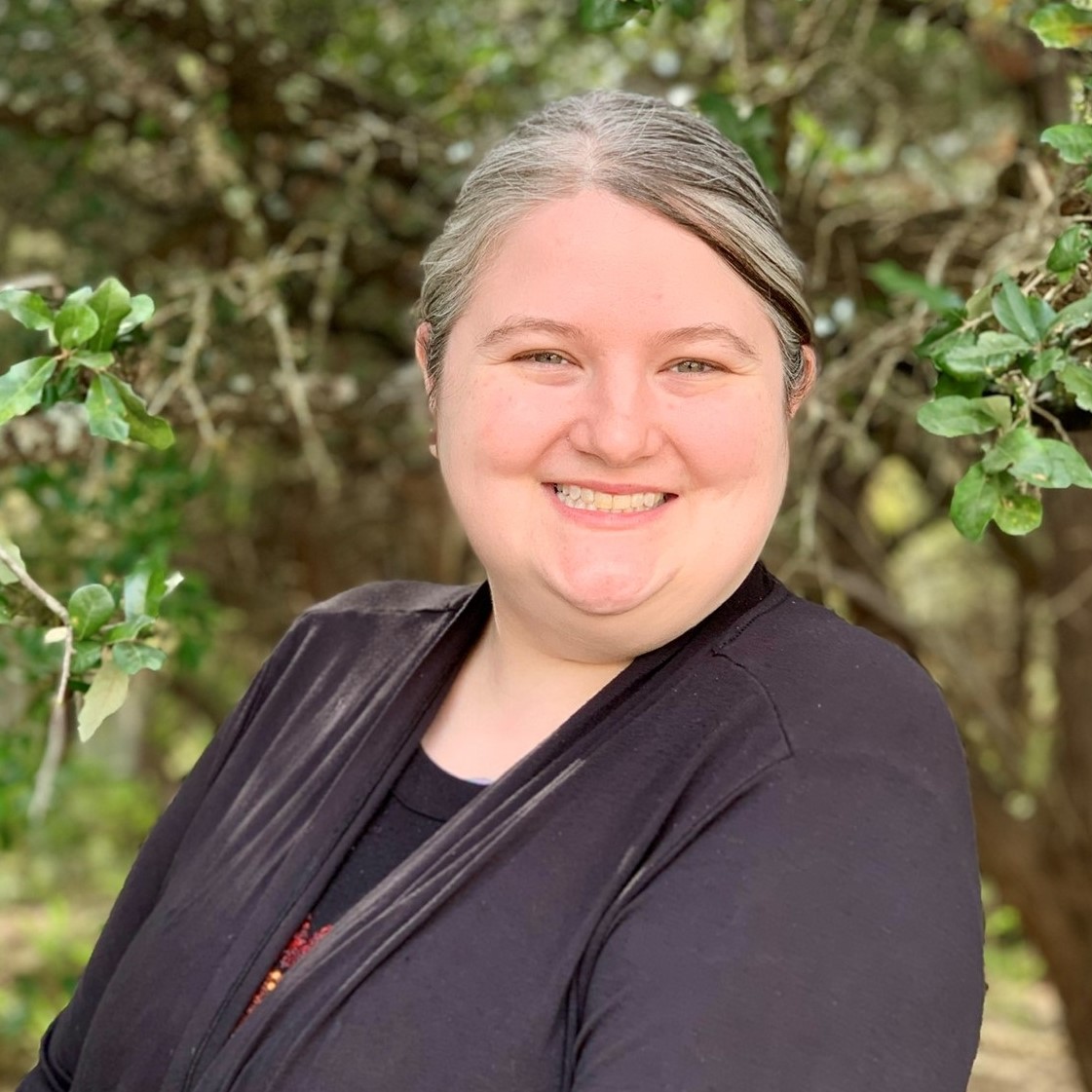 Betty is the front desk care coordinator. She makes sure that everyone who comes through the door is greeted with a smile (even behind a mask)! She also helps keep all the therapists organized and prepared for patient care.

Originally from Goldsboro, NC, Betty now calls Elgin home. Before entering the healthcare administration field, she worked for Texas Parks and Wildlife in Austin! When she started working in healthcare it seemed like the perfect fit, she loves having the opportunity to advocate for patients and make sure that they receive the best care possible!

When not at the clinic, Betty is currently working towards an Environmental Science and Technology degree at Austin Community College. She also loves to kayak, play video games, and read science fiction novels.